While they only make up about one percent of the Earth’s surface, coral reefs are home to a quarter of all marine life. Unfortunately, the world’s reefs are dying. Over 50 percent of our reefs have died in the last 30 years.

The formation of a new coral reef begins when a coral larva attaches to a submerged rock. The larva then forms a hard outer skeleton to support it. Algae grows into the coral, building a symbiotic relationship. The algae gives the coral nutrients in exchange for a place to live.

The formation of a new coral reef begins when a coral larva attaches to a submerged rock. The larva then forms a hard outer skeleton to support it. Algae grows into the coral, building a symbiotic relationship. The algae gives the coral nutrients in exchange for a place to live. 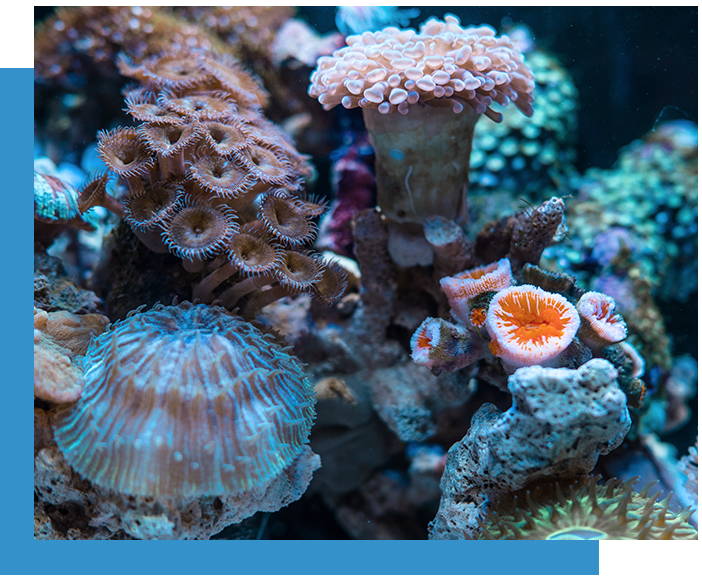 TextCoral bleaching occurs when coral becomes so stressed that it rejects its algae. Without the algae, the coral loses its main source of food and retreats within its bony shell. The coral is left with a white exterior, hence the term “bleaching.”

Rising or falling ocean temperatures can cause stress to coral. A temperature change of even a few degrees outside of the average is enough to cause some coral to bleach. However, Oxybenzone and Octinoxate may also contribute to coral bleaching and death.

Oxybenzone and Octinoxate are chemical active ingredients found in nearly 65 percent of all non-mineral sunscreens. These chemicals can agitate the coral’s immune system, causing it to bleach.

When you get into the ocean, a quarter of the sunscreen you applied is washed off within 20 minutes. This is true regardless of water resistance claims. The sunscreen then makes its way into the surrounding waters, bringing whatever chemicals it contains with it. It is estimated that 4,000 - 6,000 tons of sunscreen chemicals enter coral reefs each year. That’s more than 60 million bottles of sunscreen. 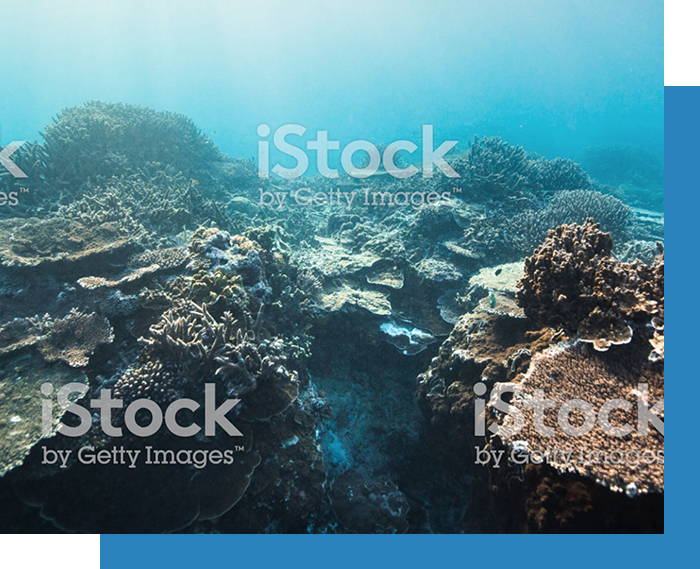 How Can We Help Coral Reefs?

It can take a few weeks for bleached coral to starve, so there is time to help the reefs. If the source of the coral’s stress is removed quickly enough, the coral can take on algae again and fully recover.

Checking sunscreen labels before buying is a small step we can all take to promote reef health. Look at the Drug Facts panel, under “Active Ingredients.” If Oxybenzone or Octinoxate are there, you know the sunscreen isn’t “reef-safe”.

Blue Lizard Sunscreen’s “We Love the Reef” line is made without Oxybenzone and Octinoxate. Instead, we use dermatologist-recommended Zinc Oxide and Titanium Dioxide to provide true broad spectrum sun protection.

The waters around Hawaii contain staggering amounts of Oxybenzone—as much as 30 times greater than the level considered safe for coral. Many of Hawaii’s most popular tourist beaches are also home to prominent coral reefs. When beachgoers take a swim or even use showers near the beach, their sunscreens enter the water too.

Thankfully, in 2018 Hawaii passed S.B. 2571 (a.k.a. the “Reef-Safe Sunscreen” Law) to protect the delicate reef ecosystems. The law bans the sale of sunscreens products containing the chemicals Oxybenzone and Octinoxate in the state of Hawaii.